In last week’s posting we described a ruin of an ancient Mayan city (near the site of our Mayan Riviera Marriage Retreats) that had fallen, not by sword and gun, but by diseases carried by the Spanish sailors who were invited into the city. We compared the fall of that once great city to marriages and families that invite (or unknowingly bring in) influences, habits, beliefs, and attitudes that lead to the damage and destruction of relationships.In this posting we will mention a few of the destructive external agents that couples and families invite into their homes. Adults and children are equally at risk in each area mentioned. These dangers are equally destructive to marriages and the larger family, not just to children. 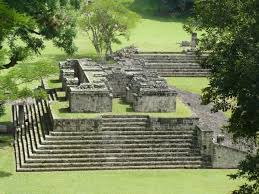 What a powerful source for good the Internet can be! But for almost every good there is also a trap laid for the unwary.

One Idea — With your family’s involvement, set firm rules for Internet usage in your home. Make certain that computers are kept in public and open areas; set a time for the Internet to be turned off at a certain time each night; install the best filtering and tracking software available (Safe Eyes has a very good reputation).

It’s your home, protect it. Would you allow dangerous and destructive people into your home? Then why do we allow just as harmful virtual influences into our lives and homes? Stop debating and choose the safer route. Some television programming is destructive to marriages and families, case closed. Some video games and music promote excess and violence when we are seeking homes of peace and sanctuary. Many are willing to text words, images, and ideas that they would never say aloud. Husband and wife must stand firm. You deserve a home of peace and safety.

One Idea — Many of these unwholesome influences run rampant through our homes because we don’t replace them with healthier activities. The truth is that children and adults might at first moan about spending more time together, but research shows that when a couple and family spend quality time together learning and having fun, they soon become entirely willing to spend less time on television, video games, and other negative or low benefit activities. It takes planning and commitment to pull a marriage and family together, but the rewards are astronomical. Carefully managing your family’s time and access to potentially negative influences is not depriving them, but serving them.

We invite you to take your home and relationships back from the negative forces that might be holding it (and you) at siege. You can be certain that as you do so your marriage will improve and your entire family will move to higher and happier ground.

LIFE Family Trainings and LIFE Marriage Retreats will be happy to help you on this noble quest.

In our next posting we will discuss some of the damaging beliefs and attitudes that are often brought into relationships, and ways to replace them with those that are more healthy and productive.

Want to join the discussion?
Feel free to contribute!